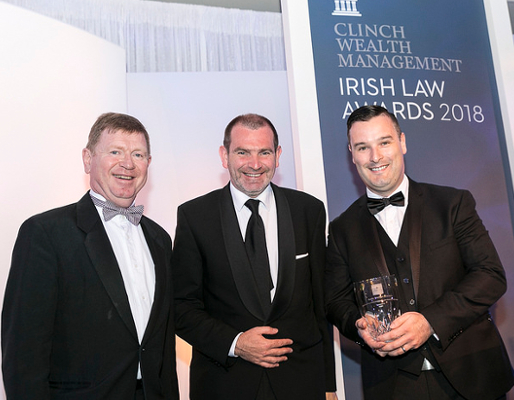 We are delighted to announce that Reddy Charlton has won the Irish Property/Planning/Probate Law Firm of the Year Award at the 2018 Irish Law Awards.

Now in their eighth year, the Irish Law Awards aim to identify, honour, and publicise outstanding achievements in the legal profession of Ireland.

Commenting on the award, Paul Keane, Managing Partner, Reddy Charlton said, “We are thrilled to be again recognised among our peers in the Irish legal community.  This award is a great honour and it affirms the hard work of our team and the support of our clients and friends”.

The awards were presented at a black-tie gala event on Friday 11 May at the Clayton Hotel Burlington Road, Dublin attended by 550 guests and hosted by Miriam O’Callaghan.