This article sets out the background to Directors and Officers Liability Insurance. Undoubtedly any director of a company should consider the possibility of maintaining such insurance.

Directors’ responsibilities and liabilities are becoming increasingly onerous. If you are sued in your capacity as a director you are unlikely to be able to rely on financial assistance from the company. Therefore a Directors and Officers Liability Insurance policy is important and is becoming more important as the possible basis for action against directors is increasing.

Director’s and Officer’s Liability Insurance is a very complex area of insurance and each individual case requires the skilled advice of a competent broker. Given the wide range of industries and business risks it would be difficult to produce a specimen policy which might cover all eventualities. However it is worth considering a checklist along the following grounds before approaching the broker and considering a policy:

Policies are generally set out in sections A and B as follows:-

1.1. Section A relates to Directors’ and Officer’s Liability. It covers loss to the director’s personal assets to the extent that they are not indemnifiable for that loss. In other words loss is covered where the company is not legally permitted to indemnify its directors and officers.

1.2. Section B indemnifies the company for loss to the extent that its insured persons are indemnifiable for that loss. This means that the company is covered only for reimbursement which it is required or permitted by law to make to its directors and officers against whom a legal action has been brought. An action taken against the company itself is not covered.

1.3. The policies generally stipulate that directors and officers are indemnified for any ‘wrongful act’ committed in their capacity as directors and officers of the company. The policies generally define ‘wrongful act’ as “any actual or alleged breach of duty, breach of trust, neglect, error, misstatement, misleading statement, omission or other act committed or wrongfully
attempted by any director or officer”

Policies vary as to who is insured. They can cover directors past and present. They can also extend to cover employees engaged by the company in a managerial or supervisory role. Cover is generally extended to spouses for loss arising from a claim and will often extend to the estate of the insured director. Some standard policies will cover directors and officers sitting on unconnected boards i.e. boards outside the insured group, where the director sits at the request of the group. Where an ‘outside entity director’ is involved care must be take to ensure that there is appropriate cover in place.

Different insurers deal with acquired companies in different ways — some will automatically cover acquisitions but this could be on any one of a number of different bases. It is essential to check the detail of the policy.

Cover will normally start from the date of appointment, but there may be a requirement to notify the insurer of the appointment. Frequently the only obligation is to update the list of directors and officers at annual renewal. However care should be taken to ensure that if there is a notification requirement on appointment that it is done within the prevailing time limit.

All policies are written on a ‘claims made’ basis and the limit of indemnity purchased is in the aggregate. Cover will normally cease when a director’s appointment comes to an end, but an individual’s liability may continue for some time in respect of actions or inactions occurring during the period of appointment. To cover this a policy can be extended to include ‘run-off’ cover.

The extent of cover in Directors’ and Officer’s Liability insurance policies can vary and care should be taken to know what is and what is not included.

7.1. Damages awarded against an insured person

7.2. Defence costs in relation to an action.

8.1. Pending and prior litigation

8.7. Bodily injury and damage to property – but claims against directors where the liability is primarily the liability of the company but the director has secondary liability will generally be
covered

8.8. Pollution however generally defence costs and derivative claims may be covered

8.10. Liability in respect of pension funds or employee benefit schemes

8.13. Liabilities covered elsewhere such as Employer’s or Public Liability policies

9. Who can bring an action against directors and officers?

The most likely sources of actions against directors and officers are:-

9.3. Employees, past and present alleging

A director can be indemnified by his company under section 391 of the Companies Act 1963 if he is involved in proceedings arising from negligence, default, breach of duty or breach of trust but only if the director can prove that he acted honestly, reasonably and he ought fairly to be excused. This could be time consuming and expensive.

The effectiveness of directors’ and officers’ insurance policies was in doubt until April 2004 when an amendment to section 200 of the Companies Act 1963 provided that a company could purchase insurance for officer’s liability in relation to any negligence, default, breach of duty or breach of trust.

This information is for guidance purposes only. It does not constitute legal or professional advice. Professional or legal advice should be obtained before taking or refraining from any action as a result of the contents of this publication. No liability is accepted by Reddy Charlton for any action taken in reliance on the information contained herein. Any and all information is subject to change. 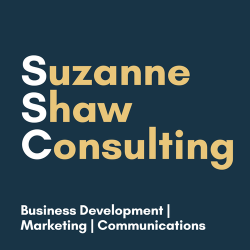